Is ASL universal? How was it created and why is it important? 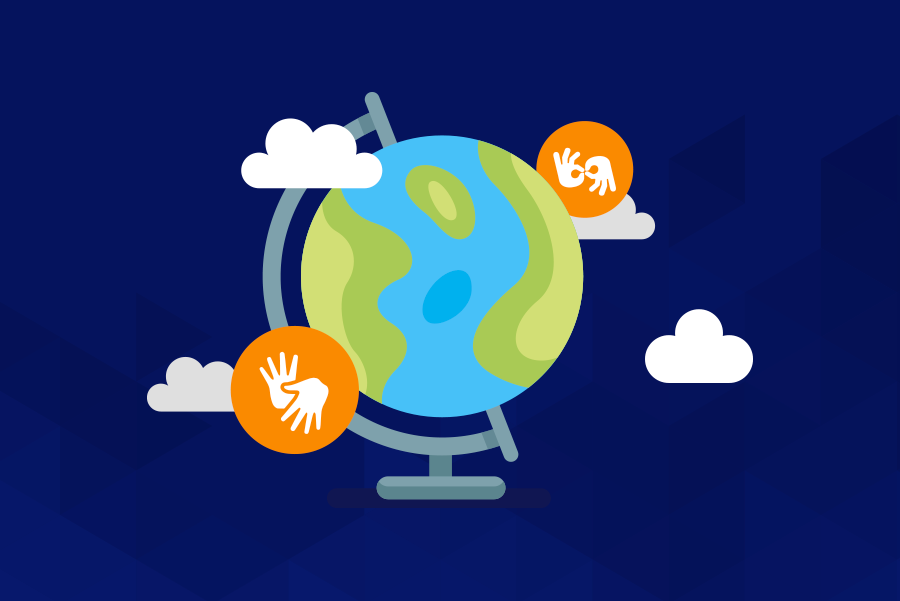 Many people in the United States still believe that ASL is universal. That is probably because they don’t know that it actually stands for American Sign Language. In other words, it is the language that many deaf people in our country communicate in.

If you want to learn more about it, you’ve come to the right place! Check it out below.

Is ASL a language?

Yes! In 1880, at the Milan Conference, a conference for educators for deaf people, communication in Sign Languages was prohibited and so they determined that oralism was the proper educational method for these people. This means that they were supposed to learn speech and lipreading, to communicate more similarly to hearing people. This decision impacted the lives, especially in regards to education and development, of all deaf people worldwide, including in the US.

The American government does not recognize ASL as an official language. However, it is indeed a complete and natural language.

How was ASL created?

One could think that since we speak English in the United States, ASL would be pretty much the same as the British Sign Language (BSL), which is used by deaf people in the United Kingdom. But that’s not true! ASL, alongside many other Sign Languages in the world, has its origin from the French Sign Language (LSF). And it emerged in the American School for the Deaf (ASD).

As it is the American Sign Language, it sure has a lot of influence from our culture, since it also brings together signs that were used by deaf people in America, before it became an structured language.

The question “is ASL universal?”, may be one of the most common ones on the matter. But the answer is no! It is estimated that there are between 138 and 300 different Sign Languages from all over the world!

Apart from that, there are also other variations of these Sign Languages. This is due to regionalism or even affinity groups. In the US, we have Black ASL, which emerged from the black deaf culture, and it combines signs from ASL and those created by the community itself. We also have the Hawaii Sign Language, used mostly in Hawaii.

Which countries use ASL?

It may come as a surprise to you, but ASL is used in many different countries. In the United States alone, it is estimated that it is the main language used by 500 thousand people. ASL is also used in the Philippines, Puerto Rico, Dominican Republic, Canada, Mexico, much of West Africa and parts of Southeast Asia.

Regionalism tends to represent customs and traditions of a determined region. It is a type of linguistic variation, which means, different terms that define the same word. In ASL, as well as in English and other languages, it happens based on different generations, cultures and geographical regions.

What are the most important Sign Languages in the world?

All Sign Languages are important. After all, they are how millions of people communicate, in different countries and cultures. But there are some that stand out, be it because of the number of people that use it or because they originated other languages. So, let’s talk some more about them

Brazilian Sign Language (Libras) is a language recognized and used in Brazil. It was created alongside the National Educational Institute of the Deaf (INES), from a mixture of French Sign Language and gestures already used by deaf Brazilians. Also, it is the most used language for approximately 3 million Brazilians. There are some similar signs between Libras and ASL, but they are distinct languages.

If you are interested in beginning to learn Libras, or if you wish to communicate with someone in this language, download the Hand Talk App for free. It is an app that, with the help of friendly virtual translators Hugo and Maya, performs automatic translation from English to ASL and from Portuguese to Libras.

According to research from the World Federation of the Deaf, 80% of deaf people around the world have difficulties with written languages. This happens mostly due to lacking education access for these people. Therefore, Sign Languages are an efficient alternative to communicating. With it, they can receive and transmit information, study, work, among other daily activities, in an inclusive and just manner.

Sign Languages allow for deaf people to develop their own identities and to be free to communicate without being bound to the oralism filosophy.

Besides, it is also a communication alternative commonly used by people with other disabilities, such as autism, down syndrome and cerebral palsy.

To end on a high note, if you are interested in studying more about ASL or Libras and start communicating in these languages, download the Hand Talk App for free now. It is an app that serves as a pocket translator for Sign Languages and also teaches you how to sign in an easy and didactic way. 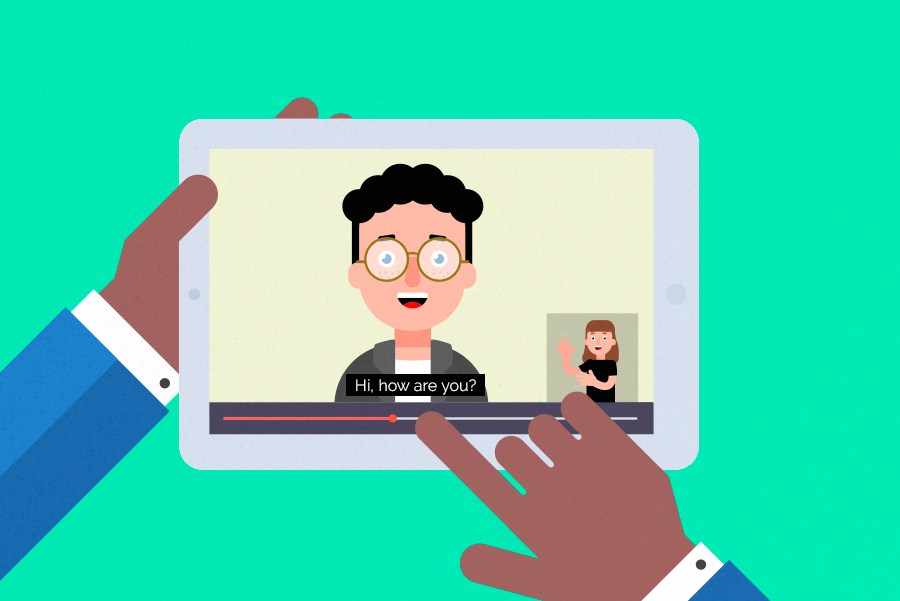 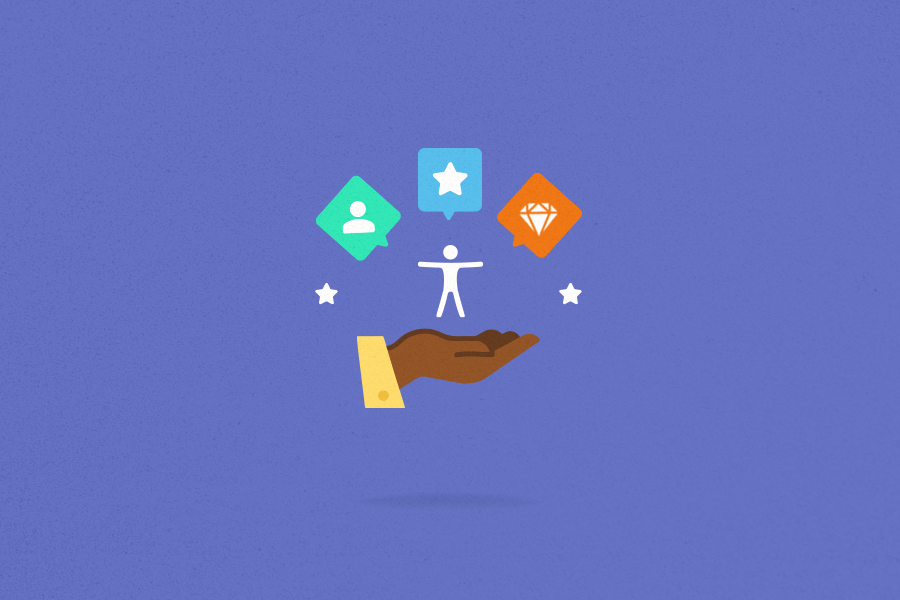 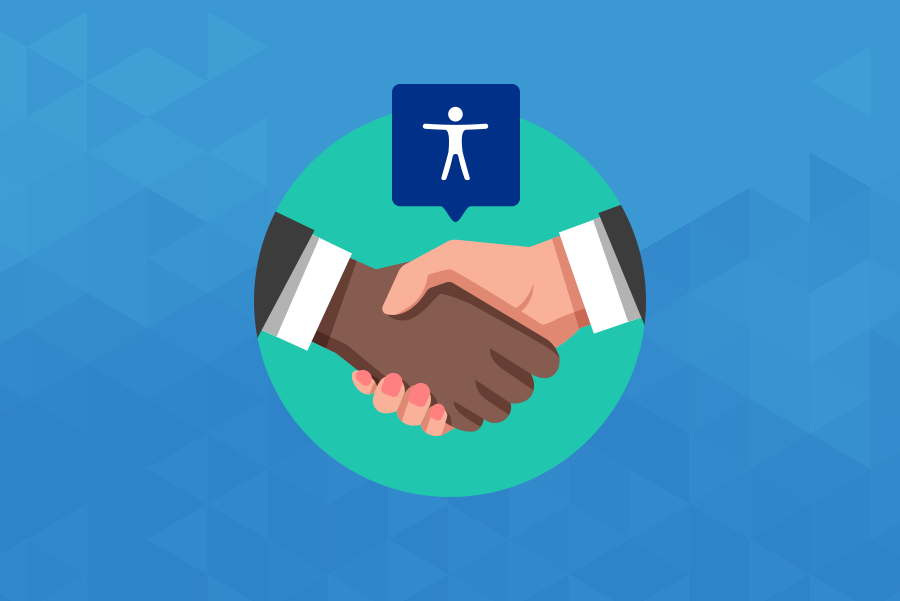 To increase or decrease the font on our site, use the shortcuts Ctrl + (to increase) and Ctrl- (to decrease) on your keyboard.